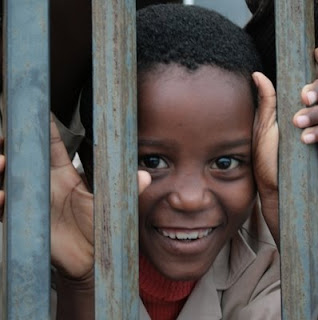 I planned to muse today in this blog on Afghanistan's upcoming elections, a fascinating topic for anyone with a taste for humor, world politics and comic tragedy. But an email containing an unexpected name has carried me to the past instead of the future. I first met Diego when he appeared on a bench in the children's club I ran at a Bolivian orphanage. The children came from the streets, where they'd survived by rummaging through garbage, pick-pocketing, and far worse, some from as young as two years old. They were scabby, scarred, dirty--and adorable. 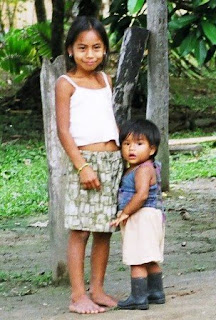 About ten years old, Diego was unusual, not only his fair skin and light hair that denoted European blood, but because he was clean and healthy and well-fed. His eyes twinkled with mischief as well as intelligence, his grin impish. Unlike most of the street waifs, he already knew the Bible stories and children's songs I taught them, his hand shooting up eagerly at every question. Where had he learned them? How had he ended up here?

I never found out. Within a few classes, Diego was gone. This wasn't unusual. The orphanage was only a holding pen from which children were funneled to more permanent housing, whether one of massive, under-funded state orphanages, as apprentice maid or gardener in a wealthy Bolivian home (i.e. indentured servant), or rarely, in one of the few 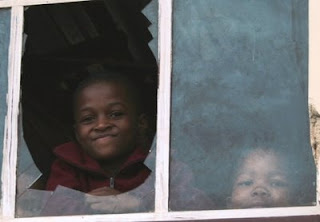 private Christian children's homes. But Diego had not been transferred. The other children told me he'd climbed over the fence and run away. What had happened behind the orphanage walls to make him run, I never learned. Some children simply can't adjust to rules and regulations after the precarious freedom of the streets.

But this was July south of the equator, the coldest week of the year, the chill winter rains falling steadily. Street children were dying of pneumonia, and I knew Diego had no coat. With my own three small sons safe and warm at home in mind, I went looking for him, searching all the plazas and abandoned lots and sewage drains where the street kids congregated. But to no avail. 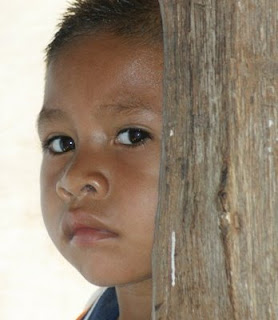 Then one day returning from the orphanage, I spotted him clambering over a wall of an empty lot. He was shivering with cold in his rags, smelly, his hair matted with filth. He was also high on the industrial glue street kids sniff to dull the pangs of hunger and cold and loneliness. I could find nothing in those glazed eyes and dejected slump of the eager, little boy who'd happily belted out answers and songs in my class. Coaxing him with me to my car, I found him a jacket that belonged to one of my sons, fed him, and sobered him up enough to coax him back to the orphanage.

A colleague who worked with children at risk found Diego housing in a Christian boys' home. He was excited to go to school, maybe even become a lawyer. He was certainly smart enough. But just a few days later, he ran away again. When found, he was high again on drugs and refused to go back. If I'd ever questioned the addictive stranglehold of drugs, seeing an intelligent, beautiful child turned into a zombie in a matter of days would settle any doubt. 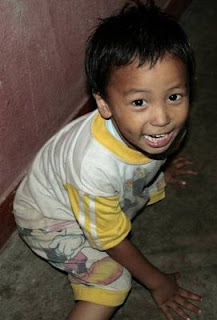 Soon after, my husband and I left Bolivia for a wider canvas of ministry, where we now deal with children at risk among other needs all over the world, some of whom you see pictured in this blog post. But I never forgot Diego. I told his story often when raising awareness of the million of street kids worldwide, prayed for him, wrote volunteers back in Bolivia to see if anyone knew what had become of him.

But he'd disappeared. He must be about out of his teens by now. Was he still alive? Or had he died of drugs, disease, or violence, the three main killers of street kids? Then came the email. It was from the colleague who'd helped find Diego a place in that Christian boy's home. She and her husband still work with street kids in Bolivia. She writes:

Arriving at the jail door on Wednesday, my eyes met with those of a young man, obviously a drug addict, pacing back and forth. The guards had refused him entrance to visit because he smelled like alcohol. I had already passed him when he said, “Hermana [Sister] Corina.”

I turned around and looked a bit more closely. Eyes incredibly bloodshot. Arms covered with scars, some self inflicted, others from fights. One wound was still fresh, a slash across his arm, open and crusted with blood. His teeth were all discolored and rotting. My mind raced to try and remember.

I looked into his eyes again beyond the glassiness and swollen veins, and I saw a little boy. “You’re Diego."

I do not know whether to cheer or cry at the news. Diego is alive, but it is hardly the happy ending I would write if this were one of my own novels. That I do not possess the power to change that ending, to turn a despairing drug addict back to a bright, smiling child with a hopeful future, makes me want to pound my fists against a brass sky of human futility.

Or am I with that thought preempting another Author who holds the end of every human story in His own capable and loving hands? 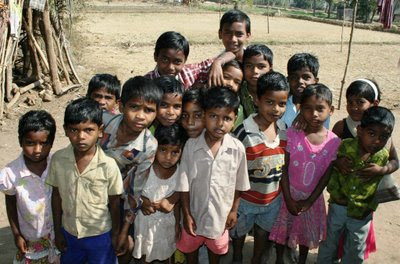 Back in those orphanage days, Diego and the other children had one favorite song they asked to sing over and over. A haunting minor melody, it was hardly a typical children's song, its words taken right out of Scripture. 'Mira que te mando que te esfuerzas y seas valiente . . . " In English: "Be strong and courageous; do not be terrified; do not be discouraged, for the Lord your God will be with you wherever you go.' (Joshua 1:9). I had to fight back tears when they sang, not only because of the faith with which they belted out the words, but because I'd seen the places where many of them would end up. Places to which I wouldn't condemn a dog. 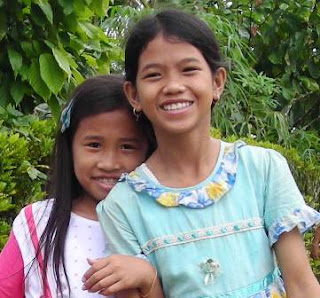 And yet to work with children at risk without losing one's sanity as well as one's heart, those words of song and Scripture must be grasped with the unquestioning faith of those orphanage children. If I do not know where Diego and so many other lost children with whom I've worked have ended up, they have a heavenly Father who knows exactly where they are. If I cannot bring the light and love and life I would like into their lives, the Creator of this universe who made them and loves them far more than I do can do just that. Yes, He really does hold the whole world in His hands. After all, what are the odds of a North American aid worker walking across a Bolivian prison yard just as a grown-up lost boy shows up to visit?

"If you see him again, tell Diego I love him," I wrote back to Corina. "Tell him I've never forgotten him nor stopped praying for him." 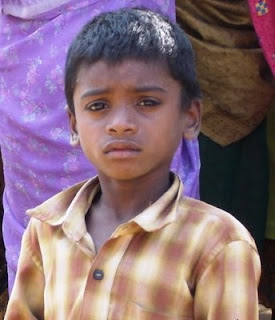 Diego, in whatever alley or storm drain you may be sleeping this night, know that you are not forgotten. You are loved. It is never too late. Through the haze of drugs and alcohol, may you bring to mind the stories and songs you once knew so well of Someone who is big and loving and powerful enough to save. 'Do not be terrified; do not be discouraged, for the Lord your God will be with you wherever you go.'
Posted by Jeanette Windle at 12:46 PM