Today Iraq is "celebrating" its tenth anniversary of "liberation" with a string of bombing that has already left more than 50 dead, hundreds wounded Riddled by corruption and violence, with more than 90% of its once sizeable Christian community dead or in exile, Iraq gives witness to the reality that Islamic sharia totalitarianism and "fledgling democracy" are an impossible oxymoron. A reality I predicted in a column written shortly after that initial "liberation". Here on the 10th anniversary is the original column published in a number of venues at the time. I so wish I'd been wrong in what predicted back then:

A news commentator threw out a question the other night in more of the endless analysis and rumination that has occupied our TV screens since there ceased to be sufficient combat scenes to fill 24 hours of cable news. The question: Can an Islamic democracy work in Iraq?

The commentator followed that incredible dichotomy of terms with a statement that left me stunned. “After all,” he said, “Islamic democracy is working fairly well in Iran and Turkey.”


Democracy working well? In a totalitarian theocracy where any expressed difference of opinion with an Islamic cleric can bring a sentence of life imprisonment—or execution? Where every aspect of dress, art, music, reading material, romantic relations, and private or public life is censured under the harsh scrutiny of the religious police? Where to explore another faith or philosophy than that to which one was born, or to raise questions within one’s own, is labeled blasphemy, carrying by sharia law a penalty of death?

Have we forgotten why our democracy contains a separation of church and state? 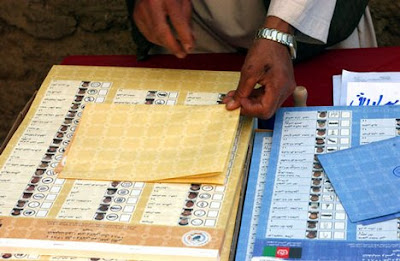 Granted, Turkey has been more successful with democracy. But only insofar as political power has been wrested away from theocratic rule. And the fragile balance of that democracy remains at constant risk from clerical authorities demanding to replace its current secular legal code with sharia law. Since the above is hardly news to any reasonably informed citizen, my danger antenna shot up immediately at said anchor’s comments. Is this member of the media’s definition of democracy—a majority vote—really what America aspires to export to the rest of the world?

If so, we—and Iraq—are in serious trouble. And it might explain why so many countries emerging from totalitarianism in recent years have proved incapable of sinking any serious democratic roots. You see, the cry we hear these days for democratization, in Iraq and around the world, ignores one simple factor. It was never democracy in its simplest definition—a majority vote—that established freedom in America.

Justice defined in a written system of law that guarantees, not the will of the many, the powerful, the strong, nor those who can manipulate the most votes, but equal rights and inalienable freedoms for every citizen, regardless of social standing, gender, ethnicity or creed. Justice that cannot be overwritten by any majority vote of people who are too often guilty of placing their own interests above their neighbors, of blindly following leaders with agendas of their own.

Ah, but the Middle East is different, we are told. They have thousands of years of totalitarian history, dozens of factions who have never gotten along. We cannot impose our American ideas of justice or expect them to adopt our version of democracy.

I have more respect for the Iraqi people than that. Have we forgotten our own history? America was not founded on a heritage of democracy, but by fugitives from countless totalitarian regimes. It is no racial or cultural superiority that allows 150 diverse nationalities to live in peace within our borders, including any number of ethnicities that in their origin countries are still slaughtering each other. It is the human rights and freedoms laid out in the most incredible document of law and justice ever written in the history of mankind, the Constitution of the United States of America. 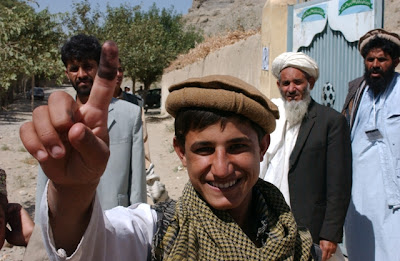 Yet we state apologetically that we don’t want to export our moral and ethical ideas to the rest of the world. Why not? If we really believe that all men are created equal and endowed with certain inalienable rights, why should we apologize for offering that idea to the rest of the world, for encouraging it wherever and whenever we can? Or is it that too many within our political and media establishment do not consider freedom an inalienable right, but a cultural choice they are simply fortunate enough to be in the right place to possess?

I, for one, happen to believe life, liberty and the pursuit of happiness are not American values, but the inalienable right of every human being on this planet. Including the Iraqis.

How then can we ensure this right for the Iraqi people? Democracy, certainly. But not alone—or even first. Democracy in and of itself is simply a recipe for the powerful and the many to tyrannize over the weak and the few. Only within a framework of justice and law and guaranteed freedoms for all can democracy work in Iraq—or anywhere.Will such a framework be universally accepted by the local population?

Probably not. There were plenty of Nazis in Germany and Imperialists in Japan who resisted such reform after World War II. Tyrants hate giving up a stranglehold on other people’s lives. We gave them no choice. Two generations later, their descendents are hardly clamoring to return to the old regime.

Such a framework should not be a matter of choice or vote in Iraq either. Not that I believe the average Iraqi, given a choice without fear of reprisal, would not prefer to make their own decisions as to philosophy, faith, worship, political views—or actions as mundane as buying a satellite dish or personal preference of music, literature, dress—than to have those decisions imposed by the secret police of either a corrupt dictator or a totalitarian theocracy.

Whatever one’s personal views on this war, this nation has been given a historic opportunity for advancing freedom in a world only too lacking in that value. If in our eagerness to go home, we walk away, handing the keys of Baghdad to the faction that manages to scare up enough votes to satisfy cries for a ‘democratic’ solution, we will have won a battle, but lost a war.

No, democracy is not enough.

Posted by Jeanette Windle at 12:11 PM