Ever wondered just how far down the time line consequences of one act can echo? Adam and Eve biting into forbidden fruit, signing Paradise away for their children. Abraham and Sarah, impatient for that promised heir, taking a short-cut through an Egyptian slave girl. The quarrels of their offspring Ishmael (Arabs) and Isaac (Jews) have ripped through the fabric of world peace ever since.

I assure you this blog isn't going to be all politics and gloom. The world is too full of beauty and adventure for that. But I did promise to expound on Iran. So here goes:

Despite its position in Bush's Axis of Evil, anti-American st

ance, and much-publicized nuclear ambitions, Iran was barely a blip on my radar unt

il I began researching FireStorm and then Betrayed. Here is some of what my history classes left out (or I wasn't paying attention). In 1953 Iran's democratically elected Prime Minister, Mohammad Mosaddeq, had a dream of moving his country toward a modern, secular society offering education, jobs, land, health care to all. Not an impossible dream. Iran was awash with petroleum wealth.

ompanies (picture Beverly Hillbillies being offered a few bags of groceries and a new roof for their shack instead of a mansion to understand why 'nationalizing' has a different face to dirt-poor countries whose natural resources are being siphoned into multi-national corporations). Saudi Arabia had renegotiated a 50-50 split with their American partners. Time to renegotiate in Tehran as well. Except the British oil consortium (what is now BP) wasn't interested in lowering their take. Here is a clip from Mosaddeq:

"Our long years of negotiations with foreign countries… have yielded no results this far. With the oil revenues we could meet our entire budget and combat poverty, disease, and backwardness among our people. Another important consideration is that by the elimination of the power of the British company, we would also eliminate corruption and intrigue, by means of which the internal affairs of our country have
been influenced (i.e. bribes to the corrupt
aristocracy). Once this tutelage has ceased, Iran will have achieved its economic and political independence. The Iranian state prefers to take over the production of petroleum itself. The company should do nothing else but return its property to the rightful owners. The nationalization law provide that 25% of the net
profits on oil be set aside to meet all the legitimate claims of the company for compensation… It has been asserted abroad that Iran intends to expel the foreign oil experts from the country and then shut down oil installations. Not only is this allegation absurd; it is utter invention…"

Mosaddeq had recently been named as Time's 'Man of the Year' for his vision and popularity. But the oil consortium screamed 'communism'. Organized by Eisenhower's Secretary of State, John Dulles, and his brother Alan, head of the CIA, U.S. forces staged a coup, replacing democracy with Shah Reza Pahlavi. Content with his own personal pay-off, Pahlavi ended any interference with the oil companies. In return, American oil companies (now Exxon and ChevronTexaco) got a split of Iranian oil, ironically, the same split the Iranian prime minister had requested. The Iranians themselves got a dictatorship whose CIA-trained SAVAK secret police were considered among the most brutal of all time.
The coup, by the way, worked so well that in 1954 the Dulles brothers staged a similar coup in Guatemala, overthrowing the democratic Arbenz regime where reforms like minimum wage, taxes, workers rights threatened the bottom line of the Unite 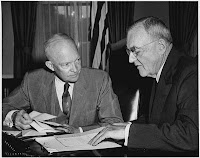 d Fruit Company, which controlled 60% of arable land--and of which the Dulles brothers were major shareholders. The military regimes that resulted have stained Central American politics for decades (Read Betrayed for that story). The CIA went on to install 'Papa Doc' Duvalier in Haiti, Pinochet in Chile, General Branco in Brazil, Noriega in Panama (whom like Hussein was removed when he was no longer profitable to U.S. interests), and many more. Bottom line, it is always easier to negotiate away a nation's resources from a single military dictator than a democratic populace intent on the well-being of their own families.

If this all sounds like some left-wing conspiracy rant, I only wish it was. The opening of the CIA's own records has brought much of this to light. Don't take my word for it; Google it for yourself.

Why does this matter today? 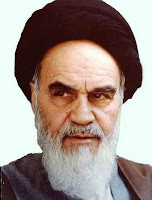 Because the brutality of the Shah regime caused the Iranian people to greet the Ayatollah Khomeini as a liberator when he showed up in 1979. Which led to Islamic fundamentalism taking over Iran. Not to mention the U.S. embassy hostage crisis. Having an anti-American regime controlling 10% of the world's oil reserves frightened the U. S. so much they sought an ally. A neighboring dictator named Saddam Hussein. 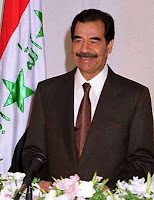 When Iraq invaded Iran in 1980, the U. S. spent the next eight years supplying Hussein with weapons and strategic training, building the Iraq army up to the fourth largest in the world. This included chemical and biological weapons (botulin poison, weapon-grade anthrax, and mustard gas components were among U.S. military shipments). In 1986, the U. S. became the only U.N. Security Council member not to sign a resolution condemning Iraq's use of chemical weapons against Iran (the U.S. did not condemn Saddam's tactics until he gassed his own strongly pro-American Kurdish population). During the eight year war, more than a million people died. It is estimated every Iranian household lost at least one son or father or husband in battle. (And this is the army that after six years of ceasefire, we say cannot be expected to patrol Iraq's own streets with Americans holding their hands; maybe ability to fight isn't the problem!). None of which gave cause to Iranians to change their opinion of the West.

When Iraq unexpectedly fought the much-larger Iran to a standstill and turned to Kuwait, a one-time Iraqi province, Saddam was actually so sure the U. S. would support him, he called the American ambassador to give her a heads-up. We all know the rest of that story.

Meanwhile, oddly, especially compared to U. S. allies like Saudi Arabia, Kuwait, UAE, Bahrain, Iran has always continued democratic elections under the post-Shah Islamic regime. They have also been relatively open in regards to education, books, information (it was to Iran that Afghanis looked for books and information under the Taliban). This partly reflects long Western involvement in the country, but also the Persian culture's historic emphasis on education compared to the Arabs. Internet has opened Iran to the world, and the university students especially have been quite pro-reform and pro-Western. President Mohammad Khatami was elected in 2000 on a pro-reform platform. 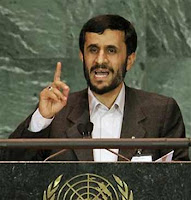 ot compatible. Because Khatami was immediately put into place, his reforms quashed, by the true ruling power in Iran, the Islamic Revolutionary Council, a theocratic body made up of the Ayatollah and top mullahs. In the 2004 and 2008 elections, reform candidates were simply disqualified by the council from running. The result of that: Mahmoud Ahmadinejad.
And that brings us full circle. 50+ years ago, Iranians voted for true democracy and freedom. In this decade they have done the same. How might history be different if in 1953, a small group of men in a back room in Washington, D. C. had made a different choice? What are the ripples a single human decision can send down the time line of history? We learned in the 'war on communism' the long-term consequences of arming dictators as our allies. It is because I am a student of history that I watch with great care and concern our current war on terror. A point to ponder on the eve of a new administration.
Posted by Jeanette Windle at 7:14 AM