Good won a battle this past month in India.

For those who haven't been keeping close tabs on national elections in the planet's most populous democracy, that's understandable. I didn't see much on American cable news, though I would hazard that the BBC did a more thorough job. Suffice it say, over seven hundred million citizens qualified to cast a vote made India's recent elections the largest in human history. Much was at stake. Some would say India's very claim to be called a democracy.

Battling it out for supremacy were the subcontinent's two most powerful political parties. The 'UPA' or Congress party ran on a platform of a secular, democratic India with guaranteed freedom and protection for religious minorities. The Bharatiya Janata Party (BJP)'s platform's has been simple, unwavering and distressingly popular. 'Hindutva', or a forced return to Hinduism and caste rule. 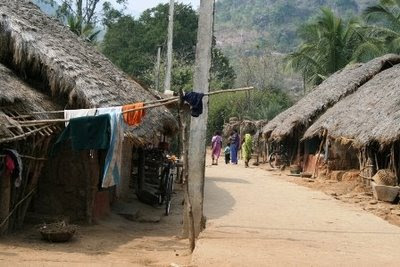 A decade ago, the BJP dominated India's federal government. In 2004 the UPA knocked them out of national power. But their control of states like Orissa led to the violence this past year that left hundreds of Orissa Christians dead, upwards of 100,000 burned out of homes, and virtually every Christian institution from churches to schools and orphanages razed to the ground (see Orissa Burning). So concerned Christians inside and outside of Orissa have been watchfully monitoring Indian elections.

But even those with great faith and hope were stunned by this last week's announcement of election results. In parliamentary elections, the UPA won 2-1 over BJP, giving the moderate secular party a sweeping majority. Meanwhile in Orissa itself, not a single BJP candidate won a seat at either state or national level! What is significant is that neither India's Christian community nor its sizeable Muslim minority combined has a voting bloc large enough to determine the outcome of the elections. BJP's sweeping defeat was only possible because India's 80% Hindu majority voted overwhelmingly against 'Hindutva' extremism and for a secular state. 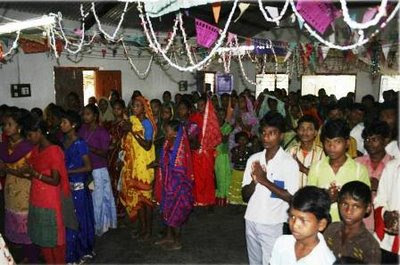 Orissa area church service
So today Christians--and Muslims--are breathing a little easier in India. Which doesn't mean all concerns for continued violence are gone. Just in the last two weeks, Hindu extremists have attacked Christians within Orissa's remaining refugee camp. Two days ago in Nepal, a Hindu monarchy declared a democratic republic just last May, a church bombing killed two and injured dozens more. Still, the decision of India's voters at the ballot box has been a huge step forward for true democracy and freedom for all its 1.2 billion citizens. 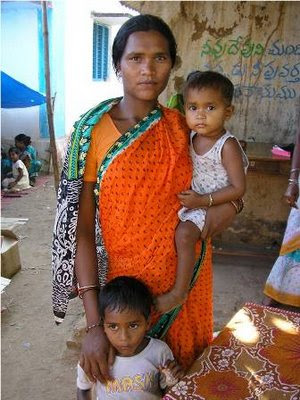 About the same time, another incident received a whole lot more North American media attention. Whether good, bad, or ugly won, you'll have to decide. It was a book burning. Not just any books. A collection of Bibles. No, the bonfire was no action of Hindu or Muslim extremists. It was carried out by orders of U. S. government personnel. You may have followed the case. An American church, unaware it was against military regulations, raised funds for Bibles in Dari and Pashto, Afghanistan's most common languages. The Bibles were shipped to a church member serving on Baghram Air Force Base north of Kabul, command center for U. S. Armed Forces in Afghanistan. When the soldier showed the Bibles to a chaplain, he was informed of regulations against U.S. military personnel handing out Bibles or any other action that could be construed as proselytizing of Muslims. The soldier turned them over to the chaplain, the chaplain to his own commanding officer. Which would likely have been the end of it except someone in the vicinity was filming the whole thing on the camera phone. It got out to the Islamic news service, Al-Jazeera. At which point the U. S. military quickly assured the world the confiscated Bibles had been safely converted to ash.

So why burn the Bibles instead of simply returning them to their donors? Two reasons were given:

1) Regulations require all discarded trash on U. S. military bases to be burned (I.E: brand-new Bibles are trash).

2) If the Bibles were returned to the donors, they might be given away to some other Dari or Pashto readers (Now I am wondering, back when the CIA was arming Afghan mujahedeen to bring down the Soviet empire, wasn't part of their justification that the Soviets were denying basic human rights like praying, worshipping, reading as you choose to its citizens? Why was it okay to encourage those under communist rule to defy a totalitarian regime, but Americans are now actually helping Islamic regimes deny those freedoms to their own people?).

What is more interesting was the official basis for confiscating and burning said volumes at all, something called a 'force protection measure'. Put briefly, if Muslims even suspected Western coalition soldiers of giving away a Christian holy book, they might be provoked to kill more American soldiers. So let's not only burn the Bibles, but make sure the Islamic world knows, so we're not accused of recycling them. Ironically, in Western news coverage, I saw far more outrage at a U.S. church daring to send Christian literature to Afghanistan than over U.S. military forces aiding and abetting a totalitarian regime in controlling what its citizens can or can't read.

Left unspoken, perhaps because it's a no-brainer, is that no one in all of this has expressed any worries that millions of outraged Christians around the world might resort to rioting, looting, and murder to avenge the burning of their Sacred Scriptures. Imagine instead a Muslim mosque, say, in Egypt, sending a few Korans over to one of its military personnel enrolled in any one of the many Allied Officers exchange programs run on U. S. military bases. I've met plenty of these Muslim-bloc officers, and they have no problem discussing their own faith freely, so this is hardly a far-fetched image. In fact, Saudi Arabia has paid for the building of mosques and dispersal of millions of Korans all over the world.

Now imagine those Korans being seized and burned so as not to offend American Christians. Imagine those responsible announcing this to the entire planet so that no one will get the erroneous idea that a single Koran has survived.

Imagine the world-wide chaos that would ensue!

If that's a hard stretch for the imagination, it's because it just wouldn't happen. Meanwhile, has burning Bibles and then carefully announcing that burning across the entire Muslim world really made our own troops safer? I don't think so--and here's why! In so doing, the American military has sent the entire world--and especially the Muslim bloc--two disastrous messages:

1) Western leadership will bend over backwards to show respect for Islam's holy book, but has none at all for the Book considered sacred by a majority of its own citizens.

2) The greatest military power on earth, that won with such ease in Afghanistan and Iraq, is so petrified of Muslim aggression, it will burn its people's own 'holy book' to appease it. Which in local culture is not interpreted as a conciliatory gesture, but weakness and lack of moral fortitude.

Now personally, while I regret the Bible burning, my outrage is moderate. Why? God's Word cannot be destroyed by burning paper and ink. Totalitarian regimes of all stripes have been burning Bibles clear back to King Jehoiakim torching the prophet Jeremiah's scrolls (Jeremiah chapter 36). The Bible is still here. More Dari and Pashto copies will be printed, regardless of U.S. or Islamic government objections.

Which is precisely why you don't see Christians rioting around the world. I believe with all my heart that such capitulation places our military in more danger in the long term, because Muslim extremists have been encouraged once again that Americans have no moral strength. But I can see why military personnel might feel it was the easiest way out at the time. 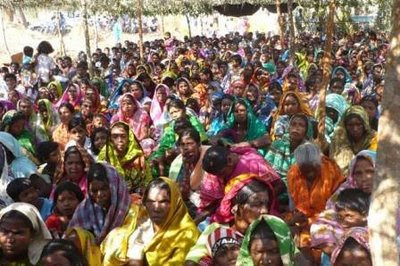 Which in itself is the point. There was an 'easier' way to handle the Orissa situation as well. The BJP, after all, offered Orissa Christians a peaceful solution to their crisis. All they had to do was renounce their faith, reconvert to Hinduism, and promise never to speak of or worship Jesus Christ again, and they would be free to return to their villages and lives.

They chose instead to endure the loss of homes, churches, jobs, lives. They did so without resorting to retaliatory violence. They did so without knowing their steadfast faith and resolve in the face of persecution would send a watching nation to the ballot box to demand an end to extremism.

One has to wonder, judging by recent decisions, if current Western leadership had to trade places with the Orissa Christians, what kind of choice would they make?

Posted by Jeanette Windle at 2:11 PM