Who Is Sayed Mossa? 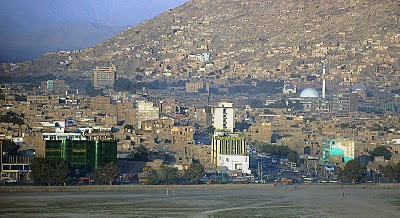 Sayed Mossa was scheduled for trial yesterday in Kabul, Afghanistan. He'd been in jail by then six months without seeing a judge. He was afforded no legal representation. Nor was he allowed advance knowledge of the charges against him. Though he had a fair idea of what those might be, none of them good. Possibly espionage. Treason against the state. Even the farce of trumped-up adultery charges have been bandied about. Definitely apostasy, defined as the leaving of Islam for any other faith. In Sayed's case, Christianity. All capital charges punishable by death according to the laws of Afghan 'democracy'.

I first learned of Sayed's arrest last May when I was finishing the rough draft of Freedom's Stand (coming to a bookstore near you May, 2011) sequel to my last Tyndale House Publishers title, Veiled Freedom, set in Afghanistan. His situation so closely paralleled the story of Freedom's Stand, I might have been reporting on it instead of writing a fiction plot. Not a complete surprise. Conditions on the ground in Afghanistan as I'd been writing were such that I knew it was only a matter of time before my fiction became reality.

What is the story of Freedom's Stand? If Veiled Freedom addressed the question of what is true freedom (which cannot be bestowed on another people through arms or an aid package), the question Freedom's Stand addresses follows inevitably: once you've found that true freedom, how far will you go in sharing it with others? A costly question to be asked in Afghanistan.

As Sayed Mossa has discovered. His arrest came after cell-phone images of Sayed and other Afghans praying in the name of Isa Masih [Jesus Christ] and being baptized were aired by Afghan media. Said images drew a brief flurry of media attention in the West, far more so in Afghanistan where calls immediately went forth for the arrest and execution of Afghanistan's theoretically non-existent Christian minority.

Why non-existent? Sheer, unabashed politics. When the current Afghan regime signed on to its post-Taliban new constitution in 2006, among its provisions was that Afghanistan would abide by the universal bill of human rights, including the right of every human being to freely choose and practice their own religious beliefs. Of course thinking, concerned followers of Afghan issues (including myself) quickly pointed out that the same constitution established Islamic sharia law as trumping all other statutes. And under sharia law, leaving the religious fold of Islam was apostasy, a capital crime.

No real problem, Western governments voiced even as they expressed unqualified support of Afghanistan's new constitution and regime. Since Afghanistan was officially 100% Muslim with no worship place of any other faith permitted to exist, the blatant contradiction would not be an issue. As long as the 'free' governments pouring aid and arms into Afghanistan could keep blinders firmly in place that no Afghan had any desire for freedom to choose their own faith in God, that basic human right like so many others under the Karzai regime could be safely ignored.

Meanwhile, the Afghan mullahs had a different interpretation. Yes, adherents of other religions were free to follow their faith in Afghanistan. But that freedom did not mean Muslims were free to convert to another faith (though followers of any other faith were always welcome to convert to Islam!). Since every Afghan was Muslim by genetic default, the only possible adherents of other religions were members of humanitarian organizations or other foreign residents. Permitting Afghan courts to maintain apostasy from Islam as a capital offense while complying with international law.

Western blinders were rudely ripped away with the surfacing of those cell-phone images. This wasn't actually the first time since Taliban rule a Christian had been put on trial. A similar situation had arisen with the arrest of returning Afghan refugee Ahmed Rahman in 2006. But he was quickly dismissed as a mentally disturbed individual brainwashed into converting to Christianity while working abroad in an infidel nation. Under-the-table negotiations eventually declared him incompetent to stand trial and sent him back into exile, therefore permitting both the Afghan regime and their Western allies to neatly avoid the freedom of faith issue. 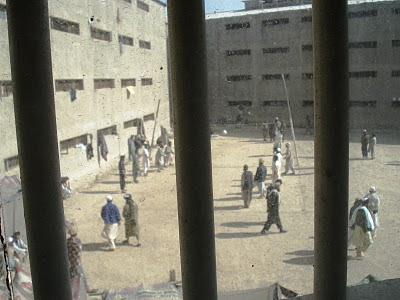 Unfortunately, those smuggled-out images of local, ordinary Afghans daring to lift their voices in prayer and praise to a name other than Allah could not be similarly dismissed as a single aberrant returning from exile. No one knows exactly how many Afghan Christians were actually arrested in the witch hunt following the airing of those cell-phone images or remain in prison today. Estimates range from two to twenty-five. But it is now only too evident that plenty of Afghans yearn for the same freedom to choose the recipient of their prayers that we in the West enjoy as our inalienable birthright. Freedom a decade of NATO and USA investment certainly haven't brought to Afghanistan.

So just who is Sayed Mossa?

Here is who he is not! He is not an anti-government agitator. He is not a smuggled-in tool of Western infidels. He is not a zealot trying to get himself killed.

Instead, Sayed is a quiet, ordinary man, forty-five years old, married to one wife with six kids ranging from 8 years of age on down. He is also an amputee, having lost his right leg when he stepped on a landmine. For fifteen years, he had supported his family and served the Afghan people working for the International Committee of the Red Cross as an orthopedic therapist to help other victims of war. What he has undergone since his arrest is too disturbing to repeat here, but I hope you will take time to read it for yourself.

While I knew of Sayed's arrest, was kept abreast of his situation, had even written the ICRS on his behalf, I like others had been asked not to pass on information on his case. Until his story hit international media this last week with the publication of Sayed Mossa's own plea smuggled out of a Kabul prison. Now it is time to speak up!

Sayed's day in court scheduled for Sunday, November 21, has once again been postponed, not such a relief since it means returning to the horrific environment of an Afghan prison. Meanwhile with those blinders ripped away, what are the forces that claim to stand for freedom on this planet going to do about Sayed Mossa? In Freedom's Stand (coming from Tyndale House Publishers in May), one of the main characters makes a forceful point when addressing a similar, if fictional situation: "What won’t happen is that the ‘free West’ can keep enjoying forever their own freedoms while tacitly conceding those are now considered optional for the rest of this planet."

A statement I certainly hope remains fictional. But like Sayed Mossa's arrest, I have little doubt that if the current situation does not change, it is only a matter of time before my fiction once again becomes reality. Because I consider myself privileged to be an American, I would like to see my own government speak out unequivocally on abuses of religious freedom in countries receiving our arms and aid. I would like to see accountability attached to such handouts instead of the unrelenting compromise we've witnessed to date.

But there are at least ways we as individuals can make our voices heard. We can write our congressional representatives, demanding action. We can write the White House. We can speak out on blogs and through local media. Through letters of encouragement and support to those imprisoned for their faith. We can keep ourselves informed on the situation. Mindy Belz, editor of World Magazine, several of whose articles are linked in this blog post, has been offering excellent coverage of the situation. And we can pray.

Whatever we do--for the sake of Sayed Mossa and others like him, for the sake of our own children's future as free citizens--let us not remain silent!
Posted by Jeanette Windle at 10:37 AM