At Whom Am I Really Angry?

I've been angry recently. Nothing personal. My teenage daughter has been remarkably civil. My adult sons are doing well. I have a wonderful husband. My bank account is in the black. I am warm, fed, clothed, and free to go about my business.

No, the anger seething in my veins is for others. For Afghan Christian Sayed Mossa, who sits on death row in Kabul for the crime of freely choosing a personal faith in God. I grit my teeth for his wife and six children, ages eight and under, who no longer have a husband or an income in a country where there are no food stamp programs. I clench my fists that Sayed's employer of fifteen years, the International Committee of the Red Cross, did nothing to defend or intervene for Sayed until pushed by media pressure to do so. I feel like screaming that my own embassy has agreed to bring up Sayed's case in private conversations with the Afghan regime--instead of trumpeting to the skies that Western free governments don't hand out aid and arms to regimes that murder people for their faith. 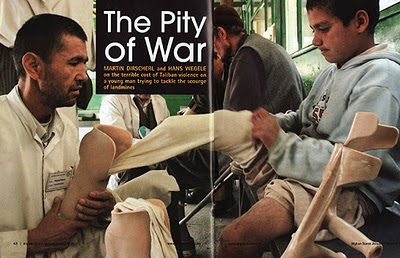 I am angry for Pakistani mother of five Asia Bibi, arrested when she refused pressure of Muslim female neighbors to convert from her Christian faith to Islam. She's finally had her day in court, only to be condemned to death under Pakistani blasphemy and apostasy laws. I stomp my feet for her husband and children, separated from wife and mother for eighteen months now. I am furious that those unjust laws are not some historic dictate, but were penned scarcely a quarter-century past by dictator General Zia al Huq, setting Pakistan on the path of Islamic extremism. Even as he penned them, his greatest ally, my own government, was pouring billions in military aid into his coffers without raising a voice in protest. A precedent that has continued to this day, encouraging oppression of religious minorities in Pakistan. 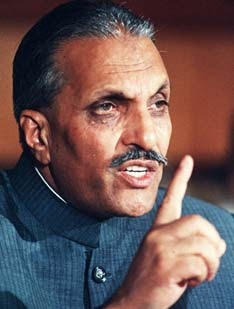 I am angry that Bristol Palin's dancing receives more media attention from such injustices. I fume that neither the ideological left nor right across the Western 'free' world has taken any definitive stand against arming and supporting regimes that deny basic human rights to their citizens. There's plenty more to stir my anger. Children starving in the streets across Latin America, Africa, Asia while their wealthy rulers waddle from mansion to Gulfstream jet to the Riviera. Warlords who turn machetes and AK-47s on innocents in their lust for power. The world seems increasingly filled with darkness and hate and cruelty. Or perhaps we simply have more knowledge.

And because I can do nothing to stop these things, I find myself angry at the only One who can. How can a heavenly Father described as all-powerful, compassionate, merciful so calmly sit in the stands as the Asia Bibis and Sayed Mossas suffer, children starve, war destroys? I know all the proper theological answers. I've heard them, even taught them, throughout my life in Christian ministry. God permits free will. This fallen world is product of human choices. God will bring ultimate good out of human evil. But I am still angry for those I love who are at this moment battered by dark storms while I sit warm, free, safe. 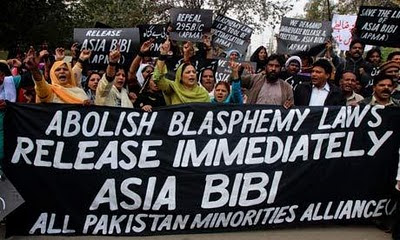 Yes, I love them, Asia Bibi and Sayed Mosa, my brother and sister in faith, and too many others in their situation. The homeless children with whom I've worked on dirty Third World streets, longing to scoop them up like so many stray puppies and take them all home. Abused, despairing women sold as possessions whose eyes look at me with such hollow distance I ache to put my arms around them and tell them all will be well, even though I know that isn't true. Families in my own birth country undergoing sickness, unemployment, broken relationships.

If such love can burn like a fire through my limited being, does not my heavenly Father, Creator of every living soul, love far more? Does He not have the power I lack to reach down and rescue? If God's love is immeasurably greater than mine, how can He not intervene? Even if this unjust world is an unavoidable consequence of human free will, why should the righteous, the innocent suffer while perpetrators walk free?

I've really tried not to be angry. It's not spiritual, I know. I'm not even sure why this particular set of injustices in a world filled with them has burned so hotly in my veins. Even as I've prayed for Asia Bibi and Sayed Mossa, shared their plight with others, I've screamed out my protest to the One who permits this to happen. And maybe our heavenly Father doesn't really mind when His children cry out their anger and confusion and pain to Him. Because this week, unexpectedly, even oddly, He gave me an answer.

It came through a Scripture passage so obscure I'd never noticed it before. I've been reading through the Major Prophets, currently Ezekiel with its strange angelic beasts and fiery living wheels. Ezekiel too was angry. As angry at the idolatry and perversion of his own people as at the devastation of Jerusalem under Babylon's battering ram. Ezekiel begged Israel's remnant to be spared even while he demanded God judge his compatriots' wickedness. 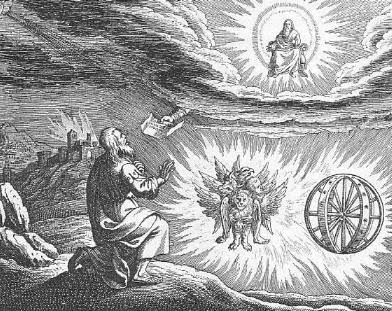 God did not answer by stepping in to set all right. On the contrary:
"For this is what the Sovereign LORD says: How much worse will it be when I send against Jerusalem my four dreadful judgments—sword and famine and wild beasts and plague—to kill its men and their animals! Yet there will be some survivors—sons and daughters who will be brought out of it. They will come to you, and when you see their conduct and their actions, you will be consoled regarding the disaster I have brought upon Jerusalem—every disaster I have brought upon it. You will be consoled when you see their conduct and their actions, for you will know that I have done nothing in it without cause, declares the Sovereign LORD." (Ezekiel 14:21-23).

What value does the Creator of the Universe place in the storms of injustice, tyranny, violence that I cannot grasp? What does His foreknowledge see emerging from the furnace of human pain and suffering that I do not? Certainly we are told that as fire refines gold to absolute purity, so suffering refines and purifies the human soul (Isaiah 48:10; James 1:2-4; 1 Peter 1:6-7).

I still don't know why brothers and sisters in faith should sit undeservedly in prison, even be martyred for their faith. But as I read God's answer to Ezekiel, I find myself consoled. Because my heavenly Father, Sayed and Asia's heavenly Father, does know. And this particular page in mankind's dark and dirty story is hardly the final chapter, not for Sayed Mossa and Asia Bibi, not for me. One day I will meet sons and daughters of the Kingdom whom God is redeeming through the very storms of disaster and injustice against which I fume. And I will see at last clearly what I must now take only on faith. That nothing God has done with His creation is without cause.

Until then I will trust that my Creator really does know what He's doing.
Posted by Jeanette Windle at 8:01 AM