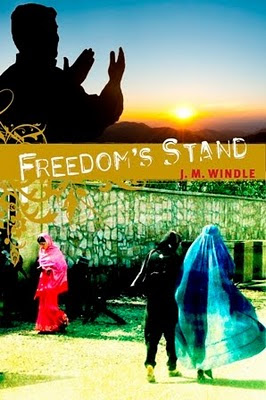 It was worth the wait!

In Veiled Freedom, three very different protagonists come together on the streets of Kabul in their own personal quest for truth and freedom. Returning now in Freedom's Stand, former jihadist Jamil Yusof, aid worker Amy Mallory and Special Forces veteran Steve Wilson are about to learn the cost of true freedom. What could motivate any of the three to pay the ultimate price?

Three full years ago now, I began researching and writing my latest WIP [work-in-progress], its setting of Afghanistan a departure from my prior novels set in the Latin American context in which I'd spent so much of my life. I began writing my Afghanistan novel with a particular storyline of love, sacrifice, freedom and Afghanistan clearly in mind. 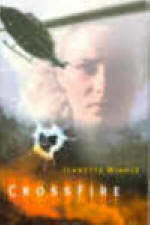 Those who've read my earlier novels (CrossFire, The DMZ, FireStorm) know that I am more likely to produce a 600-page Tom Clancy length tome than the typical CBA-length title. My current (and wonderful) publisher Tyndale House has been assiduously coaching me to write more normal length books. But I knew halfway through my writing that Afghanistan and the story I had to tell simply would not fit into 150,000 words. The result was that half my original story became 2010 Christian Book Award and Christy Award finalist, Veiled Freedom.

But if the first half of my original storyline became a powerful message and a great story on its own, how much more so my intended climax of Steve, Amy and Jamil's life stories. I did not expect when I began writing the second half that so much time would pass before it reached the hands of eager Veiled Freedom readers. I can say honestly that Freedom's Stand has been the hardest book I've ever written, ripping out my heart and soul with its message of courage, faith, and sacrificial love. But I knew by the time I'd penned the last line (make that typed!) that it was also the best with a story and message even more powerful than Veiled Freedom. 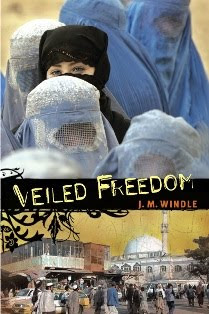 What is that message? If Veiled Freedom answered the question of what is true freedom (true freedom cannot be bestowed on another people through arms or an aid package, but only through individual hearts transformed by coming face to face with Isa Masih, Jesus Christ), the question Freedom's Stand addresses follows inevitably. Once you've found that true freedom in Jesus Christ, how far will love carry you in sharing it with others. In the context of Afghanistan, that is a far from rhetorical question.

The wait is not quite over. Freedom's Stand hits bookstores May 2, 2011. But I trust the following excerpt will whet your appetite for the rest. READ EXCERPT.

Meanwhile I find myself currently (fictionally speaking) in a very interesting corner of Central Africa. So keep tuned for that book (no name yet)--and hopefully the wait this time will be a whole lot shorter!

FREEDOM'S STAND [Book Back Copy]:
Jamil renounced a life of jihad when he encountered the life-changing message of Jesus Christ, but villagers and authorities in the hills of Afghanistan respond with skepticism . . . and even violence.

Relief worker Amy Mallory is shocked by the changes in her organization—changes with dire implications for the women and children under her care. And concern for her former assistant, Jamil, weighs heavily on her heart.

Former Special Forces veteran Steve Wilson faces off against the riots and corruption of Kabul's upcoming election. He's looking for something that will give his life purpose, but is confident that he won't find it in Afghanistan.

All three are searching for love and freedom in a country where political and religious injustice runs rampant. But when religious freedom becomes a matter of life and death, they discover that the cost of following Jesus may require the ultimate sacrifice.
Posted by Jeanette Windle at 9:44 AM