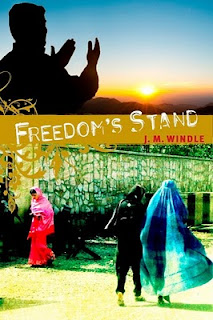 KATHI MACIAS, award-winning author of more than thirty books, including the Extreme Devotion series and soon-to-be-released People of the Book, set in Saudi Arabia: "In a time when Afghanistan is in the news almost daily, it is both refreshing and challenging to read a story of courage and candor, adventure and romance set among this ancient and passionate people. Only one with a love for the Afghanis and an understanding of their culture could bring such a story to life, and author J. M. Windle has done it. . . . Through endless intrigue and adventure, we are drawn into the lives of these Afghan people, as we learn their culture, fight their battles, dream their dreams…and ultimately travel with them as they discover the truth about the Prophet they know only as Isa. It is then that they must decide the price they are willing to pay to follow Him…or not. This book will do so much more than entertain us as readers, though it certainly does that. It will challenge us at the deepest level of our commitment and encourage us to stand for freedom…regardless of the cost."
Posted by Jeanette Windle at 8:12 AM